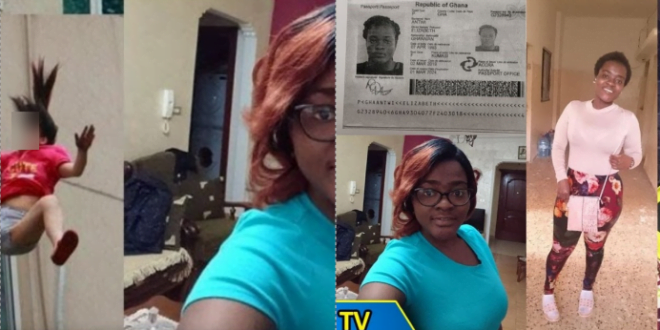 Sad news reaching us is that a Ghanaian lady identified as Elizabeth Antwi has died in the Jordanian capital city of Amman.

this lady who is a homeworker in the Arabian country has reportedly died in the most tragic circumstance.

from reports, Elizabeth Antwi fell to her death from a three-story building while cleaning a glass.

according to Jordanian, the Ghanaian lady fell off the 3-story building and was rushed to the hospital and died later.

the Jordanian woman who is identified as ‘Madam’ whom Elizabeth was working for says she rushed to the police but she was prevented with a suspect that she tried to kill herself.

the woman further revealed that the Ghanaian lady fell from the story building about two weeks ago and passed away on 24th December but news of her death was only released some few days ago by the police.

well, she later found, Elizabeth’s passport in her residence after the news of her death.

A Ghanaian man identified as Mohammed confirmed the news of Elizabeth Antwi’s death and pleaded with Ghanaians to help locate the deceased’s, family members.