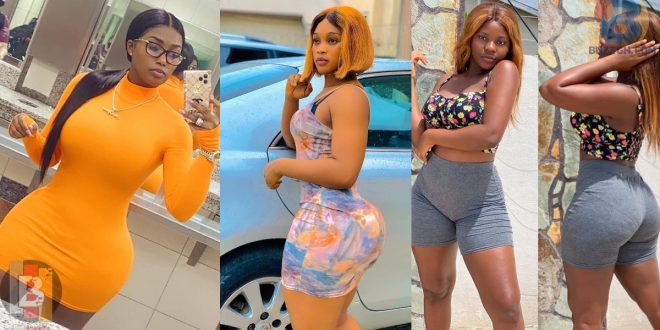 A video spotted on social media captures two ladies giving out their advice to men to be careful when dealing with the ladies of nowadays.

According to the ladies, ever since mobile money came into the system, ladies who used to give out wrong telephone numbers to men when asked of, have all stopped and have started giving out their correct numbers.

In the video, the ladies seem furious about how some Ghana girls lie to guys to extort money but after collecting the money refuse to have a relationship with the guys.

“since mobile money was introduced, Ghana girls have stopped giving wrong cell numbers so men must be wise,” said the ladies in ‘Twi’ dialect

“Men be wise because it’s been long since we began taking from you. It will be good if you give those monies to your mum than give it to girls who don’t love you” – one of the ladies added.

They continued to say that: “Save your money guys because for us the girls, we have made our mind not to stop extorting money from you” “The girls are taking you guys for fool, they regard you as teddy-bear so stop sending them money in return for a relationship.

“Until they give you guys what you want, don’t give them money” – the ladies added.

ALSO READ  "I Am Crushing On Afia Schwarzenegger, I Don't Mind Dating Her" - Mr. Drew Reveals