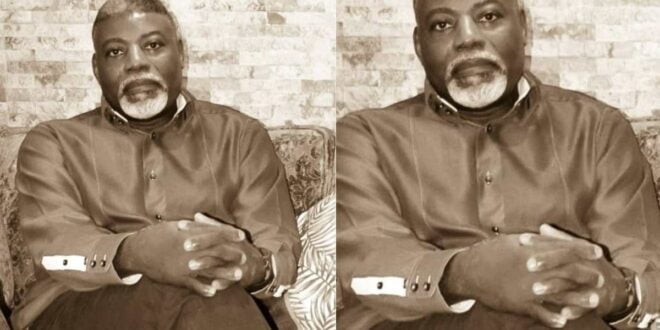 Reports reaching us today, Tuesday, January 12 is that a popular Ghanaian diplomat identified as Steve Mawuenyega was found dead in his bedroom in Cantonments, Accra.

though there has not been any evidence of foul played so far, The Public Relations Officer at the Accra Regional Police Command, Deputy Superintendent of Police (DSP) Mrs. Effia Tenge made a confirmation of Mr. Steve’s demise.

according to the Police Command, it took the intervention of the daughter of the deceased whose name has been withheld for some reason that his lifeless body was found at 1 a.m yesterday.

in more details, the Officer further explained that the daughter tried to reach her father on phone for three days and decided to check up on him in the house.

ALSO READ  "I slept with my daughter because my wife is no longer attractive"- Man says after he was arrested.

reports have it that she knocked on the door several times but Steve Mawuenyega couldn’t respond and with the help of a caretaker in the house, she looked through the window and found her father’s lifeless body on his bed.

she immediately called the police ambulance and other family members and by the time the police reached, he was already dead.

investigations are currently ongoing and the family is waiting for an autopsy to know what actually took the life of their beloved.

NB:
Steve Mawuenyega was a businessman and a member of the General Assembly of the Honorary Consular Corps of Ghana. He was also in charge of relations between Serbia and the government of Ghana.

Steve Mawuenyega was also a former Hearts of Oak board member. He was also instrumental in the successes in the late 90s into the new millennium under the Emmanuel Martey Commodore-Mensah-led board of directors.

Steve was also the founder and Executive Chairman of Contrast Incorporated, an infrastructure projects consultancy company in Ghana and has shareholdings in other companies.