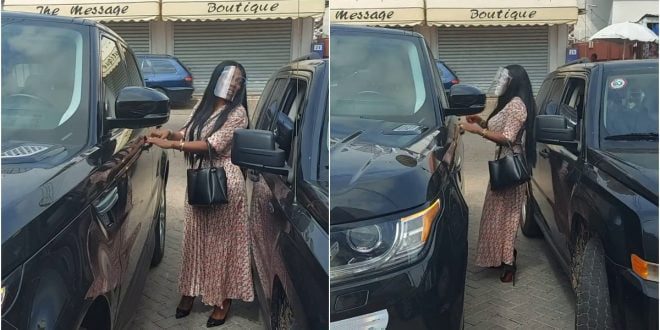 Veteran music producer, Fred Kyei Mensah a.k.a Fredyma has proposed that the popular Newscaster Nana Aba Anamoah should have been arrested following her Range Rover saga.

Taking to an interview with peace FM, Fred expressed his disappointment in the Ghana Police Service for not taking actions against the female media personality. To him, if it were an ordinary Ghanaian who had committed, he or she would have been in the grips of the Police.

“The Police should have arrested her because, this law, if it were I who was in the car and the Police had apprehended me; they would have said I am an armed robber,” said Fred Kyei

He stressed that Nana Aba should have been arrested together with the person who drove the Range Rover to the premises of GhOne TV to surprise her.