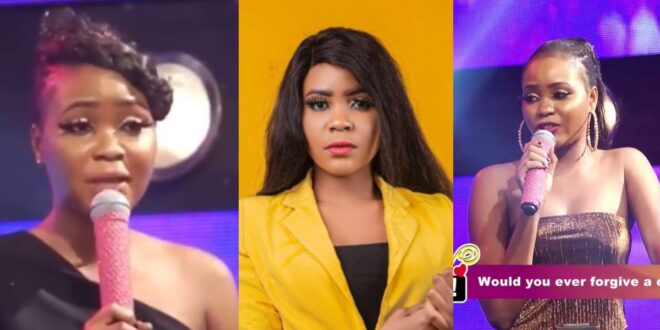 Cilla Royal, one of the female contestants on Tv3’s Date Rush, a love reality show, has confirmed that food is a sign of love for Ghanaian girls.
This snide remark comes after Makrooneey aka Mr. Romantic, a guy on the lookout for love, greeted the ten ladies with flowers as he took the stage.

Bella and Cilla declined the guy’s flowers in a similar way to how ladies respond when they are not interested in a guy or when the guy snubs them.

Ghanaian girls, according to Cilla, do not believe in roses, but rather in Jollof and chicken or Kontomire.

Cilla came to the realization that the Jollof, chicken, and Kontomire are both manifestations of affection.