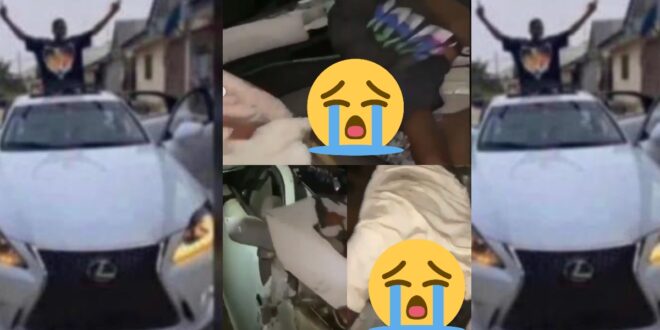 after making money and dying the next day, an alleged Gameboy has become a topic of debate.

What good is it to make money if you’re going to die when you get it? That was the case with a young Nigerian man who, according to sources, made some “cash out,” purchased a brand-new Lexus, and then died the next day.

According to several images posted by Media Cantus, he died in a terrible crash with his five friends.

Their bodies were mutilated beyond recognition.

Take a look at his screenshot and swipe left to see the video below: