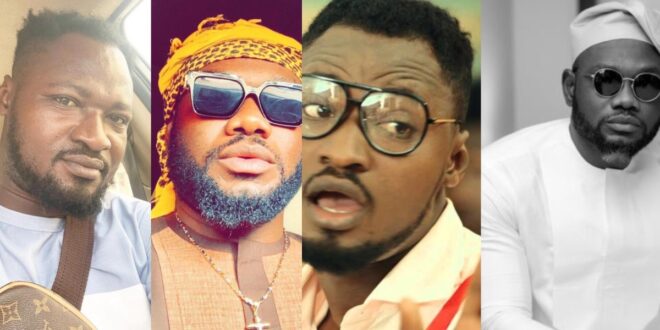 In his life, Funny Face goes through some rough stages and searches for the closest thing or person to pour out his frustrations.

Actor Prince David Osei is the latest victim of Funny Face’s attacks after he threatened the Ghana police and the family of his baby mama.

Funny Face in a new post claimed the actor Prince David Osei had conspired with his enemies (Kalybos, Lil win and Bismark Joke) to sabotage him in the film industry.

He sounded like a broken record because he basically blames the same thing that he accuses Prince Davido Osei on everyone, including his baby mother.

Funny Face threatened to expose Prince Davido Osei and the dirty secrets that he kept from the public.