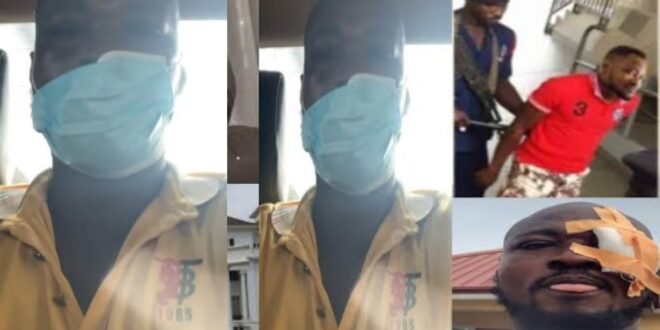 Popular Ghanaian comedian Funny Face has once again been arrested by the Ghanaian Police. 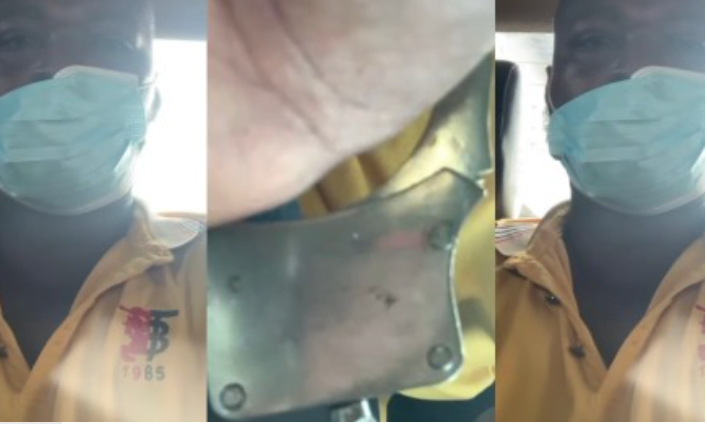 Somewhere last week, the comedian who was facing some terrible scenes, was ar.rested but released later.

Funny Face came to social media following his release, dissing the Police Department in some of his videos for not treating him well after his first detention. 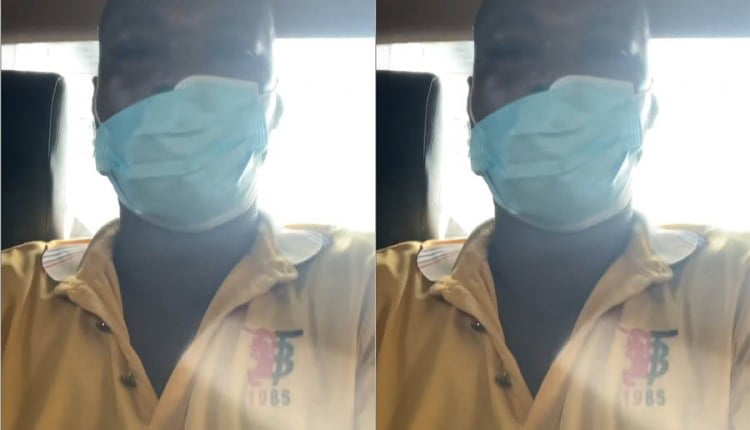 well, in a new development, Funny Face posted a new video of him in cuffs, in a police car, and also revealed that he was being taken to the Circuit Court of Ofankor.