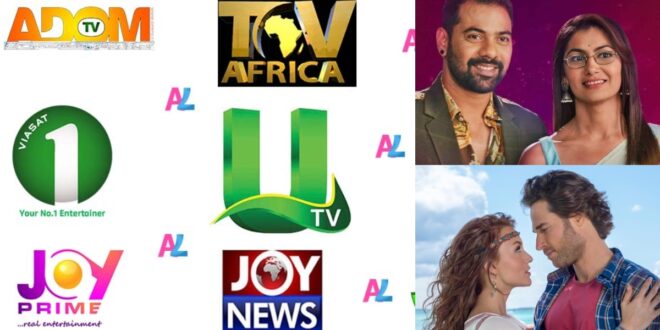 From May 1, 2021, Ghanaian television stations can no longer air Telenovelas.

The Ghana National Film Authority has issued a public statement saying that no unclassified audio visual content will be seen on any television channel, cinema theatre, or movie screening center in Ghana.

The national film authority has stated that they would strictly adhere to the production and classification of film act 935, which specifies that “all audiovisual material shall be previewed and graded before exhibition.”

In light of the above, Ghana’s National Film Authority has been working diligently to ensure that any audiovisual material broadcast on Ghana’s free-to-air television stations is prohibited.

The international Telenovelas, which the film authority plans to ban from free-to-air TV screens, are one of the most pressing issues on the agenda.

In order to do this, Telenovelas would have to be listed as unclassified audiovisual material, which means that the legislation would have no choice but to exclude them from being shown on free-to-air television, cinema theaters, movie centers, and film libraries in Ghana.

A COPY OF THE STATEMENT CAN BE FOUND BELOW:

ALSO READ  See Pictures of the SHS senior girl who bullied her Junior to k!ll herself (photos)
Share