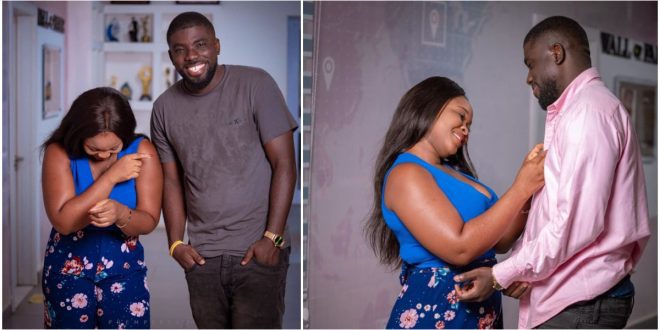 Contestants from the popular TV3’s Date Rush- Ignatius Acheampong and Freelove have crossed paths for the first time after on the studio b after Ignatius’ refusal to pick from the set of ladies which Freelove was part of.

Following the incident that night, Freelove later posted a video on social media declaring her love for Ignatius and why she felt so humiliated by his actions during the show.

Well after all the drama and an attempt by Giovanni Caleb of TV3 to ‘patch’ them, it seems they are cool now.

check out the photos below: