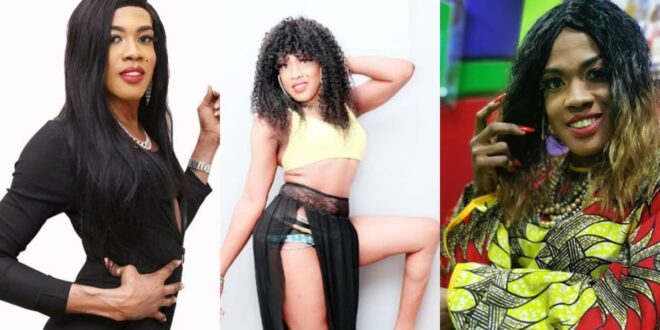 Angel Maxine, a proud Ghanaian transgender , has highlighted the hypocrisy of critics of the LGBTQI community in Ghana.

In an interview supervised by buzzgh.com, the lady said she insists that sex between a man and a woman who is not married is similarly a sin, just as Ghanaians tag same-sex marriage as a sin.

Maxine told the program’s host that all humans are sinful and it is not possible to rate sin.

The transgender said that the office was not opened to press for legalization at the opening of a new LGBTQI office in Ghana that caused controversy leading to its closing. He clarified that the office was created to provide a secure place for members who live in fear of violence to share their opinions and gain protection.

She explained how she has been exposed to both verbal and physical attacks solely because she is a transgender.