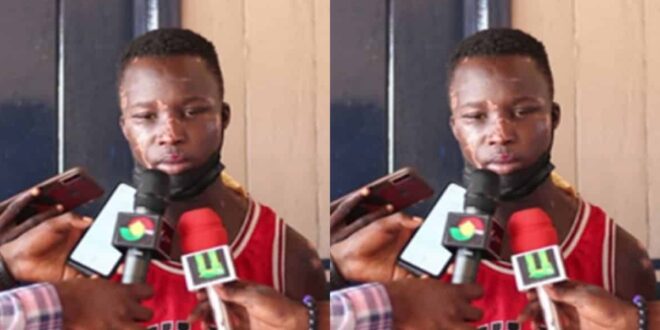 For robbery, an 18-year-old senior high school student was sentenced to 15 years in jail with hard labor.

On the path between Kwapia and Aketekyieso, a boy named Michael Dakorah, a pupil at the Asare Bediako Senior High School in Obuasi, and his accomplice assaulted and robbed the victim of his motorcycle.

Following the incident, Michael was apprehended by the youth of Aketekyieso after word of the incident spread in the city.

The defendant pled guilty to the allegations leveled against him and was found guilty by Her Ladyship Ms Joyce Boahen in court.

Mr Martin Asenso, the Obuasi District Police Command’s Deputy Superintendent of Police, testified before the court that on April 8, this year, the defendant, a second-year general arts student, and his accomplice, who is on the run, hired the services of a commercial motor rider to transport them from Kwapia to Aketekyieso, where the illegal operation was conducted.

He explained that on the way, Michael’s companion purposefully lost his slippers, and the rider came to a halt to enable him to retrieve them.

The accomplice drew a substance and poured it in the rider’s eyes, and they drew a knife and ordered the rider to flee for his life or be murdered.

The victim, who fled for his life, informed the citizens of Aketekyieso, and the youth staged an ambush on the outskirts of town, arresting the prisoner and transporting him to the Obuasi police station, according to DSP Danso.