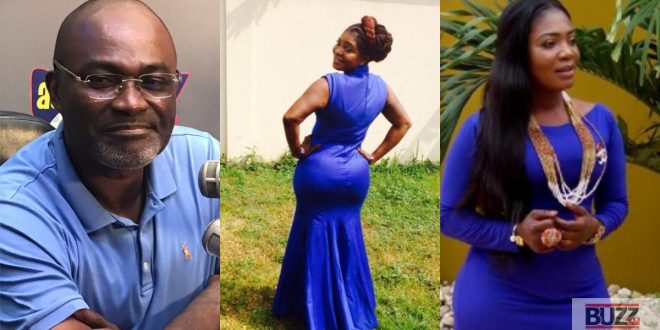 Honorable Kennedy Agyapong is still continuing his onslaught on Bishop Daniel Obinim even after the pastor has come to apologize for any wrong he has done him.

The politician in a video available to us said some really bad things about the wife of Bishop Obinim.

Florence Obinim came out to address an earlier expose that Kennedy Agyapong did about her husband and defended her husband saying he was innocent.

This made Kennedy Agyapong angry and right now he has drawn the pretty Osofo maame to the fight saying that she is a very foolish woman and is aware of all the bad things her husband has been doing.