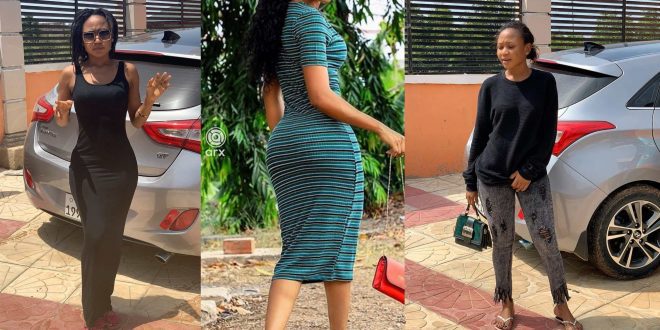 ‘April Fool’ is mainly the 1st day of April to make a fool out of people.

Poloo in a new video just fooled her followers by covering herself with a towel where she was ready to take it off.

most of her fans and followers were ready to seek her nakedness as she takes off the towel, but the surprised was, Poloo was wearing a dress when she pulled off the towel.

watch her video and the reaction of her fans below;