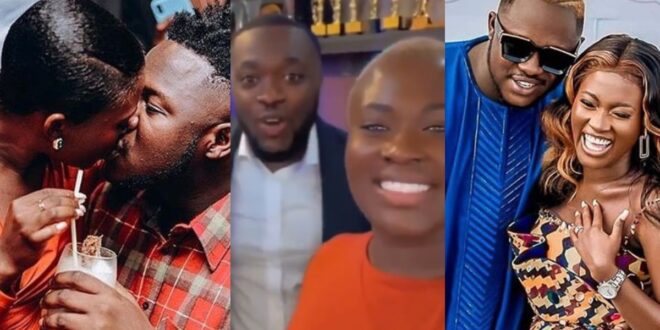 In a video that has gone viral on social media, actress Fella Makafui is seen at Kennedy Osei’s office having fun.

She wanted to spend some time with the big guys of Despite Media Group when she stepped out, as she was seen with Kennedy Osei, Fadda Dickson, and two other guys.

In the video, Fella Makafui is seen giddy and all over the place as she enjoys the company of the big men.

Fella had to coerce Kennedy Osei, the General Manager of Despite Manager, into taking a picture with him at a point.