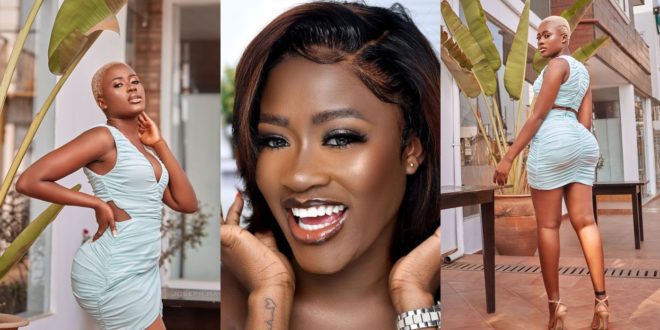 Actress and wife of AMG Medikal, Fella Makafui has – in a new video available to use – shared the daily troubles she goes through as she is facing problems being a mother for the first time.

The former YOLO star took to a recent Instagram live video session with her fans where she shared insights about her marriage and childbirth. she also took time to answer some rare questions of her fans.

Speaking on how she is handling motherhood for the first time, Fella Makafui said although she loved it, the late nights and stress that come with it weigh her down sometimes. According to her, she is confident that with time she would get used to it.

During the question and answer time, the actress who was answere a fan’s quesiton of how she came to meet her husband, Medikal, revealed that they on Facebook.

Fella and Medikal are arguably the most talked-about couple in the entertainment industry. The couple caused a stir during their wedding after the bride collapsed and had to be rushed to the hospital.

They have also faced several criticisms but above all, their relationship has survived and they keep growing in strength.

Fella Makafui and her husband Medikal welcomed their daughter Island named after the rapper’s third EP released on July 2.