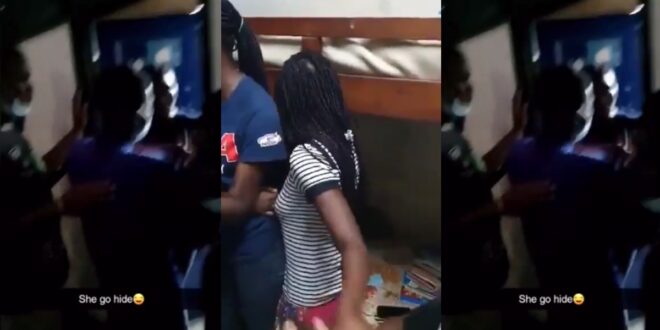 A female legon student went viral yesterday after she posted a video on Twitter asking boys on campus to come and visit her.

In the video she posted, she asked people to come to room 301 and that she was at Akuafo hall.

What she did out of joke turned out to be a shock as boys actually honored her invitation and went to room 301 to see her.

The boys after waiting for countless hours just for her to show up also made a video that Felicia has disappeared.

later she was found, she was applauded for giving them the invitation, it appears Felicia was a shy girl and hid from the camera’s the whole time.

watch the videos below.