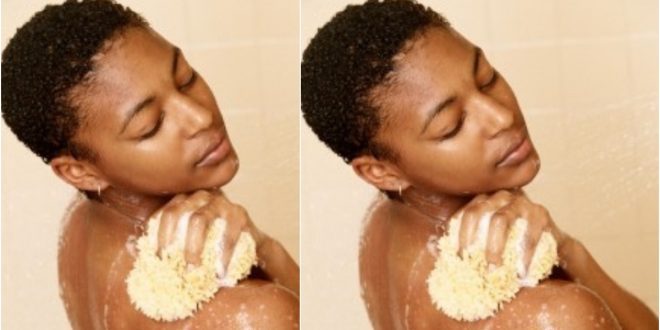 A woman (name witheld) has narrated how her man entered the bathroom when her 18 years old daughter was bathing with the excuse that he was teaching her how to bath.

The lady wrote this long piece of post to our admins.

I have broken up with my husband [name withheld] but my family is begging me to take him back because it was all a big misunderstanding. My 42-year old new husband uninvitedly entered my 18-year old daughters bathroom whiles she was bathing and they claim it was only a mistake.

I was sleeping upstairs whiles my husband was downstairs watching TV in the same house my ex-husband gave to my daughter and I in his will. My daughter first returned from boarding school when the COVID-19 pandemic caused schools to be closed.

My new husband up until now, had only seen my daughters pictures and not in person since our marriage was just done in a quick fashioned old way in order not to attract the many nay sayers who still like pointing accusing fingers at me for my husbands death, through a car accident of which I wasn’t even there.

My daughter who is in final year student had come home wearing one of their PE shorts and tops which was quite fitting since she said her clothes were dirty and she had planned to wash that weekend only to be told to pack bag and baggage and come home for a break as the President had declared for the sake of the COVID-19 pandemic.

However, her noisy arrival at the entrance woke me up from sleep and I huried down to welcome her. However, what I first saw was something that got me alarmed. My husband had embraced my daughter for a very long time as I stood on the stairs watching and when he finally let go and turned around to sit down, I felt horror. There was a bump in his trouser-front and a look in his eyes he only had when he looks at me. Pretending as though I hadn’t seen the bump in his trousers, he quickly dashed to sit on the sofa to cover it up.

I was concerned, alarmed and worried for my marriage all at once. After welcoming my daughter home and official introduction made between my husband and my daughter she set off to her room but I let my gaze follow that of my husband’s and my daughters shape and curves which were visible through her short shorts was all he stared at as he picked the sofa pillow and positioned it on his laps. Frankly speaking, I shook and regretted marrying him there and then however, that was only a tip of an iceberg of what was to come.

Over the past three months we have stayed in quarantine and self isolation in this COVID-19 period, there has never been a day I don’t get scared to leave the two of them alone irrespective of the weight of importance of what i needed to attend to in town.

My daughter has been extra friendly to him too to help the new father-daughter relationship to build, but the reality of the matter is that he as I understood from their first encounter was of a twisted intention. He had in his mind, miscontrued my daughters friendliness to mean she liked him too.

Sensing danger ahead, I went to my daughters room one evening to play and discuss matters with her. However, I could not bring myself to tell her my exact purpose for visiting, I only ended up giving a coded advice to her. Just the day after that, was to be the day my recent wedding was to lose its anchor unknowingly to me.

I had gone to market by myself since I didn’t want to put my daughter’s life at risk in this COVID-19 season, especially with her over friendly attitude whenever she stepped out of the house with the community folks. When I returned and got to the entrance of our main gate I heard my daughter hurling insults at my new husband which instantly angered me. I rushed inside with mad anger boiling within me to shut her up. Only to see my daughter standing naked unclad before my husband in her own self contained room’s bathroom.

My husband, infact my now ex-husband after just 4-months of marriage had a small towel laying by his neck and was in a bare chest and a very small shorts which I have seen him use as a boxer shorts before also standing to face my daughter. The bump in his shorts was not hidden anymore, as his ‘man-ness’ fully stood upright in his shorts even before my teenage daughter.

As to how he opened my daughters locked door, made his way all through her room to her bathroom where she was bathing, with no guilty conscience still baffles me to date. He was trying to shush my daughter up when I entered, the anger in my heart suddenly melted into shock at the scene that layed before me. Still trying to lay blame on my daughter, I questioned why she was insulting him even to a nib in my conscience, only for her to tell me by her own words:

“Your FOOLISH husband said he came here to teach me how to bath, look at his penis portruding through his shorts, he is a fool leave him”.

My husband even without waiting for me to ask him anything started to beg me, going on his knees before my daughter and I. He said it was the devil. Meanwhile when we went before the family elders he changed his stance to say he wanted to help my daughter to know how to go about things and how to bath. Completely refuting my claim that he had begged me earlier.

I want to leave him, and in my mind I have already left. But my mother is begging me against the public ridicule of a second failed marriage. My husbands family is also threatening to take back all the engagement items they gave us. I am sitting here in tears still not knowing what to do and how I found myself here. I may harm myself out of disgrace, but until then, I needed to let someone know the full story of what happened.