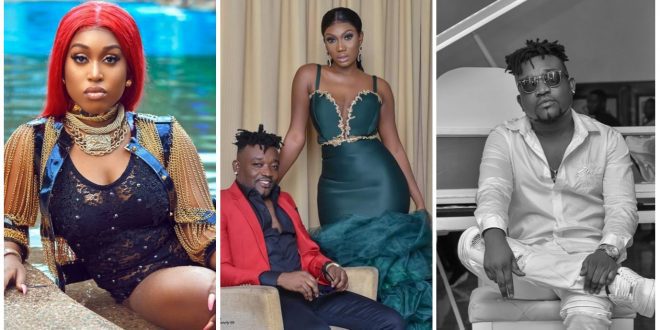 The CEO of RuffTown Records, Ricky Nana Agyemang AKA Bullet has declared that his signee, Fatana, is acting foolishly based on the little fame she had as he reacts to the recent beef between his own artistes Wendy Shay and Fantana.

According to Bullet, in an interview on Happy Fm Monday, he made Fantana who she is now and it seems she’s not taking the fame very well but rather abusing it.

“Fame has gotten into Fantana’s head and that is why she is behaving the way she is, bent on tarnishing the hard-earned reputation of the label,” Bullet said.

He added that it would have been appropriate if Fantana had reported the issues she had with Wendy Shay to the management for them to settle rather than going publicly to tarnish the reputation of RuffTown.

Bullet, however, refused to take responsibility for not controlling his artistes, claiming the beef is due to the people around both artistes and not him.

“Wendy and Fantana both live at different locations. It is the people around them who are feeding them with lies and half-truths about each other. Our own people caused the conflict between the two and it was resolved at the later stage.” Bullet said