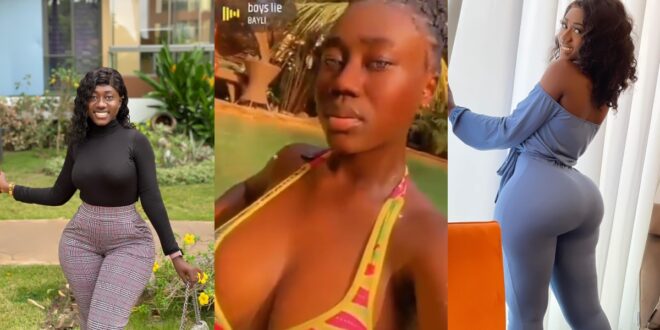 Hajia Bintu has been making headlines on social media in recent months, owing to her curvy figure, mountainous backside, and hilarious Tik-Tok videos she has shared with her fans.

Funny enough, unlike many people who are popular for the same stuff, she has never released a wild/video that shows her mountainous backside.

The big back of Hajia Bintu, which has been the topic of public debate for a while, was seen bouncing in the pool while swimming in an undisclosed spot, confirming that it is genuine and not fake at all.

Well, it’s a lovely video, and I’m sure you’ll enjoy it when you see it below…