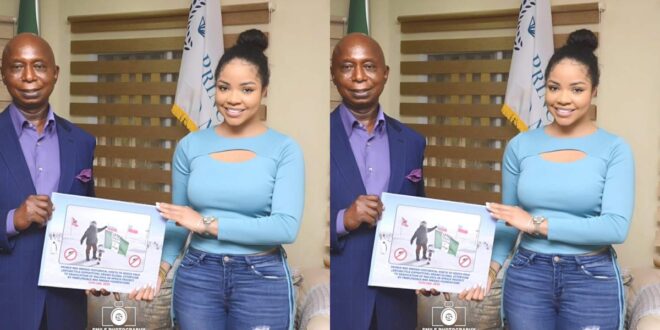 After meeting her for the first time in favor of his war against malaria in Africa, a social media commentator has taken to the microblogging website to pleading with billionaire Prince Ned Nwoko not to add Nengi to his multiple wives.

The BBNaija star paid a visit to the billionaire to share her appreciation for his excellent efforts in the fight against malaria, but some social media critics have a different view.

Following the release of the photo, social media commentators pleaded with the billionaire not to marry the BBNaija star, alleging that he has a thing for pretty fair ladies, and Nengi falls into that category perfectly.

Have a look at the response in the post below.