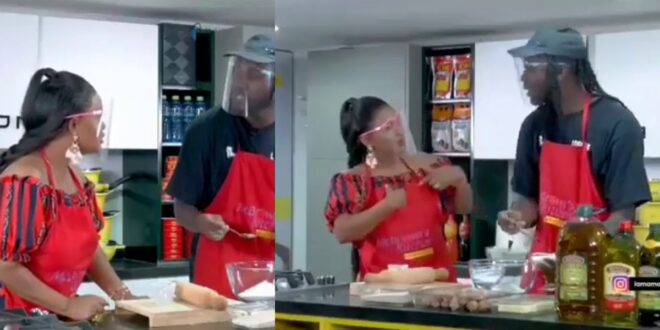 Nana Ama McBrown, the star actress, is seen speaking Italian with Pappy Kojo as though she were speaking twi.

Pappy Kojo is said to have lived in Italy for the majority of his life. Obviously, this ensures his willingness to communicate in their language.

As demonstrated in the video below, Nana Ama McBrown’s ability to converse fluently in Italian with Pappy Kojo seems shockingly unbelievable.