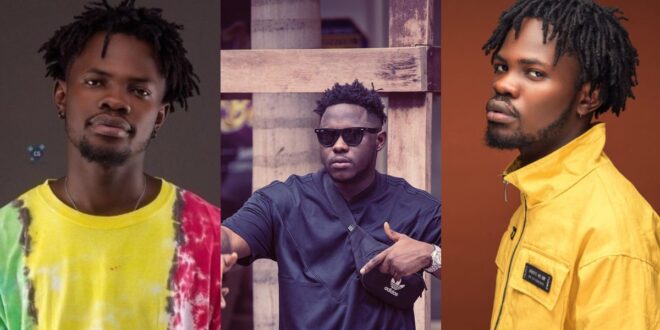 Fameye reveals how Medikal, his junior in SHS, helped him seven years ago

Peter Famiyeh Bozah, a Ghanaian singer popularly identified as Fameye, opened up on how Medikal, his colleague, helped him some seven years ago.

It took Mr. Samuel Adu Frimpong to save him from blowing up, and Fameye recalled how he was broken back in those days.

He felt really broken, Fameye said. He disclosed that Medikal was his junior in Senior High School , but in his musical career he bypassed him and he (Fameye) felt left behind.

Fameye explained that he has a clean heart when it comes to Medikal, referring to a tweet from the AMG boss who revealed how proud he was of the “Nothing I Get” artist.

ALSO READ  North Korea President to shoot people with coronavirus in his country.

Fameye said that on Facebook, Medikal texted him and sent him some words of support. He told him not to post on Facebook his complaints because time is all about the journey. 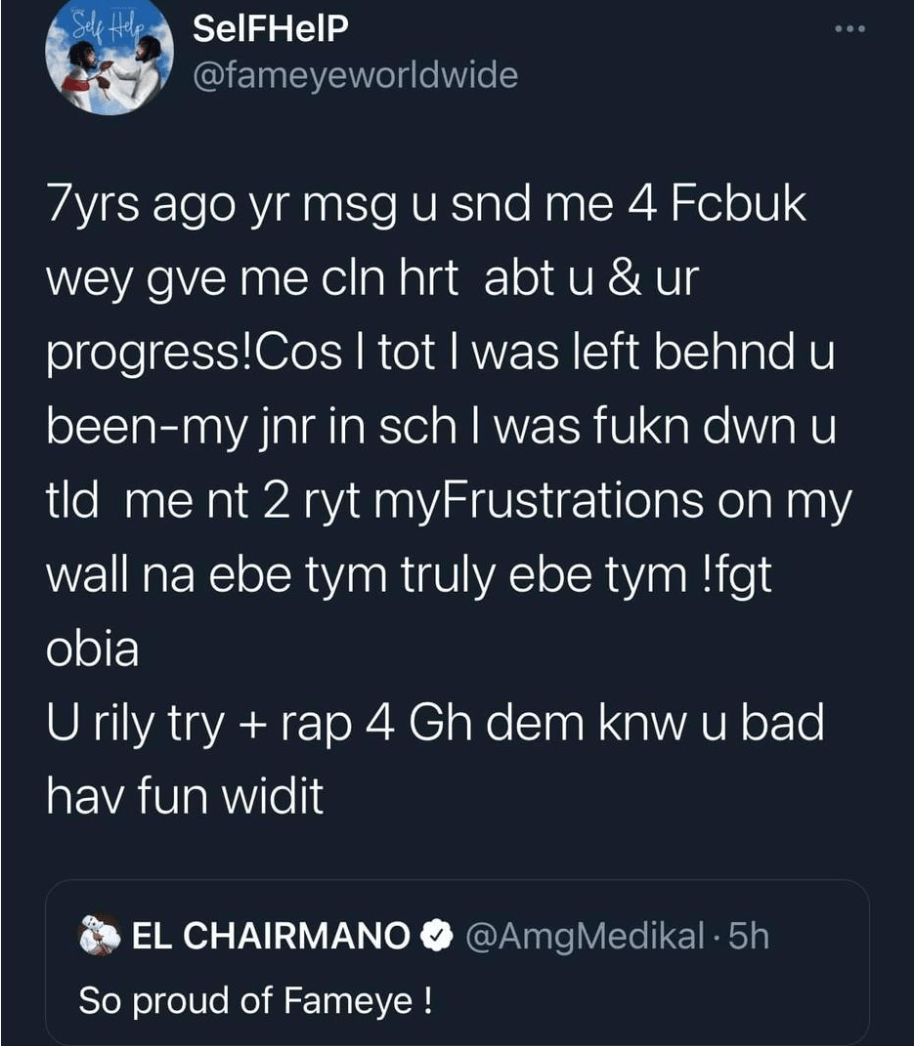