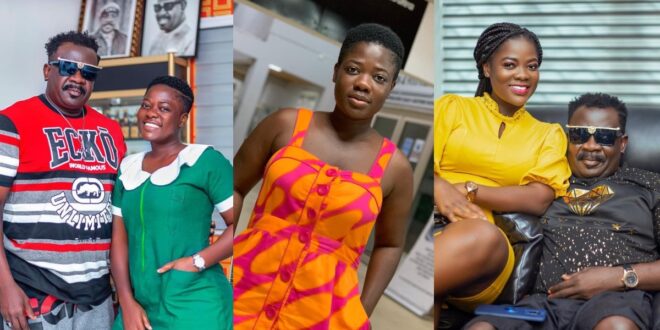 For the first time, award-winning Ghanaian actor Koo Fori has teamed up with his daughter, Asantewaa, to create a funny video for social media users.

Even though there are some unresolved family problems, it was recently revealed that Asantewaa, a famous Tik-Tok star in Ghana and a talented nurse, is Koo Fori’s biological daughter.

They’ve teamed up again to drop a skit, after blessing the social media room with some sweet family pictures of themselves not long ago.

With his hilarious acting talents, Koo Fori has cracked several ribs over the years, but this collaboration with Asantewaa, who is also insanely funny, makes the skit a must-see.

If you watch the video, you’ll see that Asantewaa’s acting skills are on par with those of the greats.

In this video, Koo Fori reprised his iconic drunk character, while Asantewaa played a daughter who was resisting what her father was saying.

In the film, Koo Fori confronts Asantewaa about her ability to ‘fool’ a lot of people on social media, saying that he was getting calls from people who thought she was fooling too much.

Asantewaa amusingly remarked, “She looks like him, so she picked it from him.”

Check out the video below for a nice chuckle.