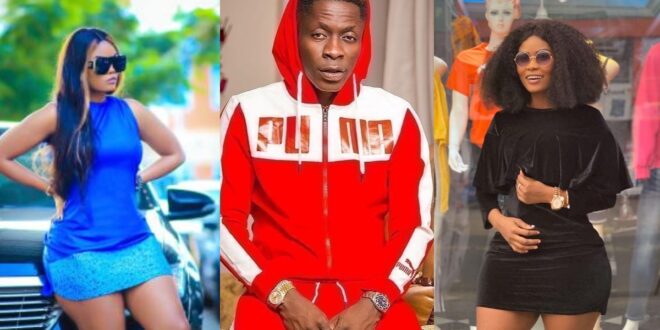 “Even if I sleep with shatta wale, it is my ‘Tw3’, not yours”- Magdalene replies Ayisha Modi

Ayisha’s Modi was blasted by Magdalene Love, who is a relative of Shatta Wale, for claiming that she was sleeping with Shatta Wale.

After engaging Shatta Wale on the  internet with a fresh beef, Ayisha Modi seems to have landed herself in unending battle.

Her remark seems to have begun a new twist in beef as Shatta Wale’s cousin threw shots at her in a new video.

Ayisha Modi has no right to mention her name in her Shatta Wale problem, according to Magdalene, and even if it’s real that Shatta has been secretly chopping her, it’s her pussy and she chooses who to offer it to.

Magdalene added that no one cleans her pussy for her and no one buys her pussy preserving medication and it’s her property.