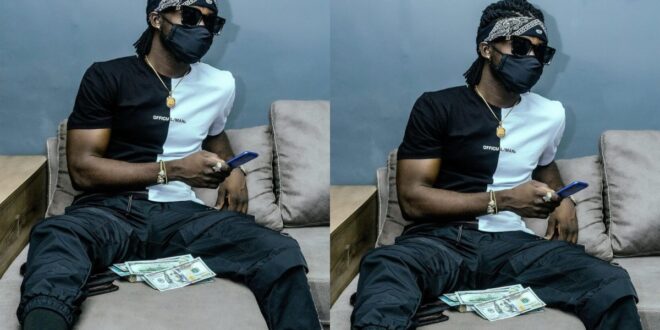 Kuami Eugene has resurfaced in the news, and this time it’s not in a good light.

The trolls have come for the 24-year-old who posted a photo of himself posing beside stacks of dollar bills.

People on his list think it’s incredibly low of him to pose in front of such a large sum of money.

It’s something that small boys would do.

They immediately played the comparison cards, comparing him to Bill Gates.

Even Bill Gates, the richest man on the planet, would never do such a thing.

kojofinallyvf8’ wrote: “Don’t be stupid bro even bill Gate don’t take pic with his money. be a serious young man”

ALSO READ  (Video) Neymar attends wedding of his ex-Girl because he pledged to be there during her happiest moment.
Share