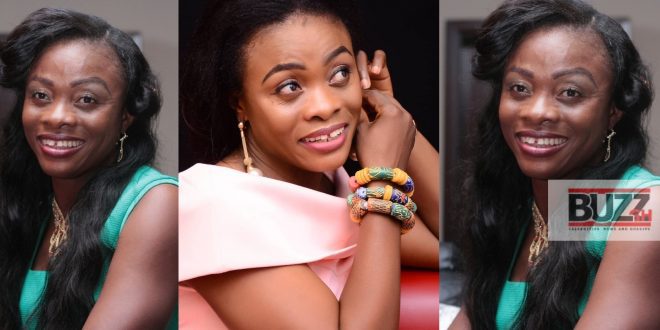 Evangelist Diana Asamoah Opens Up On Being A Lesbian

Ghanaian gospel singer Evangelist Diana Asamoah has opened up to allegations that she is a lesbian.

people who seem to know the singer very well came out and level some allegations against her claiming she is a lesbian who sleeps with the women in her church that is why she is still single at the age of almost 50.

well, in a reaction to that, Diana Asamoah in an interview FM said;

“Recently people are tagging me as a lesbian. They say I sleep with colleague women but I take solace in Exodus 23: 23(For my angel will go before you and bring you into the land of the Amorites, Hittites, Perizzites, Canaanites, Hivites, and Jebusites, so you may live there. And I will destroy them completely)”,

speaking on when she will marry, Evangelist Diana asamoah said;

“I get a lot of men walking into the studios of Rainbow Radio where I preach saying God has asked them to marry me but because God has not told me anything yet I am patiently waiting upon Him”.

“It is only God I depend on for direction. I prefer to worship the Lord, stay single and inherit the kingdom of God than marry and not go to heaven. A lot of Christians will not go to heaven because of marriage. It is preventing so many Christians from worshiping God”.