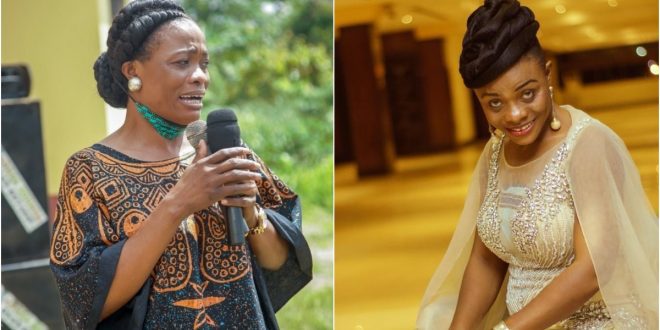 Ghanaian gospel musician Evangelist Diana Asamoah has escaped, from a car accident without a scratch on Thursday at Christian Village in the  Accra Metropolitan.

According to Diana, She was on her way for dawn preaching at Rainbow Radio 87.5Fm when the incident occurred.

Explaining the incident, she said she lost control over her car with number GC 2840-11 on her way and got stuck in a drain but efforts to move out the car proved futile since the doors were all locked.

“I tried getting out but I was locked in the car. The doors were all locked. I now understand why people usually die in situations like these. Imagine the car caught fire, that would have been my end. I was devastated at the incident.” said Diana Asamoah as she gives details of her ordeal

She was, however, grateful to God for saving her life.