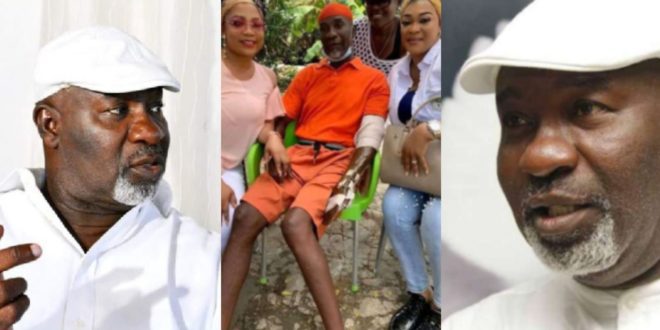 Actor Emmanuel Armah Bounces Back After Years-Long Battle With Stroke

Ailing veteran Actor Emmanuel Armah who has for quite some time now been battling with mile stroke is reportedly responding to treatment better now and is on the road to recovery soon.

Reports of the Ghanaian actor battling for his life came as a shock to Ghanaians – especially his fans to whom he blessed their screens with his spectacular acting prowess – since no one anticipated such a sad situation befalling him due to how healthy he always appeared.

Prior to this report, Emmanuel Armah was off the screens for a while leaving people with no idea of his reason for doing so – later to find out he was at the point of life and death. His condition even escalated from difficulty in walking as he started facing challenges even speaking.

ALSO READ  "I love this"- Shatta wale hails Efia Odo as he seeks to make amendments with her.

Considering all these, Ghanaians and his colleague actors were heartbroken and willing to go to his aid. Recently a lot of people showed a lot of love to the man by giving him generous donations, notable among these being Nana Ama McBrown who paid him a visit on her birthday which doubled as the birthday of Emanuel Armah.

Now thanks to the love and support from his colleagues, Information coming in is good news and it has it that the veteran actor Emmanuel Armah is doing better than initially. However, there haven’t been immense changes, but it’s still good to know that the actor is beating his stroke.