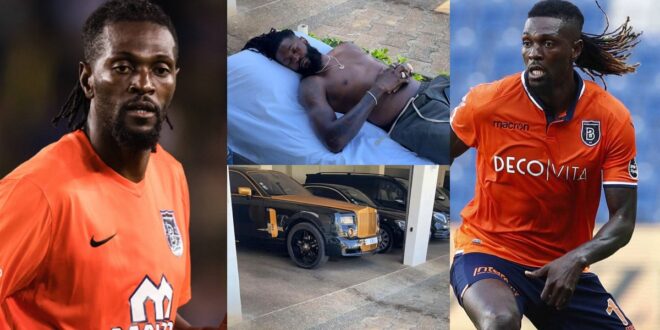 Netizens responded to a photo of Togolese international footballer Sheyi Emmanuel Adebayor napping in front of his garage, which was surrounded by a line-up of his lavish whips.

With some of the world’s most luxurious and deluxe vehicles, the retired Arsenal striker is commonly regarded as one of Africa’s wealthiest footballers.

As Emmanuel Adebayor releases a new visual, videos and photographs of the plush cars in his garage begin to trend.

In a recent photo posted online, the Togolese millionaire footballer is seen napping in front of his garage, which is neatly organized with his cars.

below is the photo;