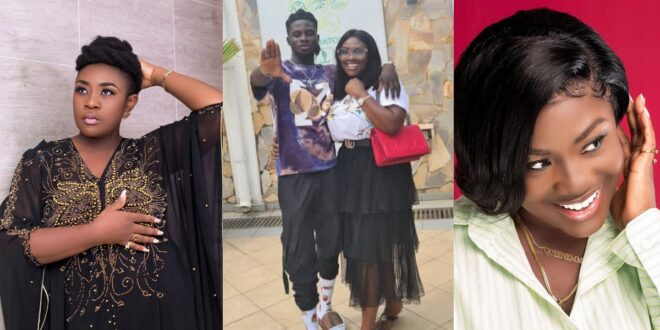 Emelia Brobbey Hints on another song collaboration with Kuami Eugene

Emelia Brobbey has asked her followers to keep themselves occupied by following her on social media because something huge is coming up.

Her post was followed by a snapshot of herself and Kuami Eugene.

If we were to derive some sense from the picture, it would be that another partnership is in the works of making a new song.

Emelia Brobbey already have a song with Eugene which was a hit, it seems Kuami Eugene has become the go to guy if you want to produce hit songs in Ghana.