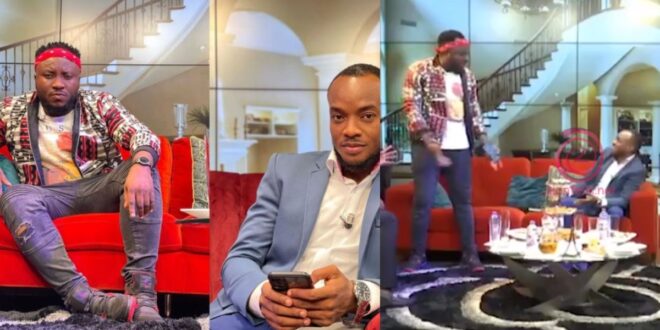 Last night on UTV’s “United Showbiz,” comedian DKB came close to walking off the show when one of the panelists, Halifax Ansah Addo, implied that he had a disorder named BHSS (Big Head Small Sense).

About the fact that the Okay FM’s “Best Entertainment Show” host did not specifically suggest it was DKB, his remark came shortly after the comedian had made a remark.

DKB who took offense demanded that Halifax redraw the statement and apologize to him, particularly because it was made on live television in front of a large audience.

Halifax needed some convincing because he was pretending to be clever, but he finally gave in and apologised to DKB because he did not want the show is reputation to be tarnished because he worked with Despite Media himself.