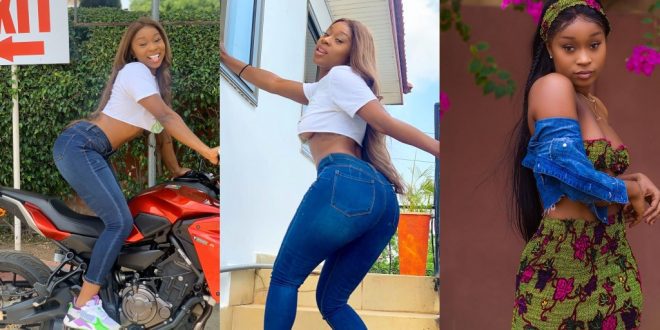 Efia Odo, who considers herself an actress but well-experienced in twerking, has offered a hint as to how she intends her marriage ceremony to be.

According to the actress, she prefers an African traditional marriage to a white marriage if she is to get married.

Efia Odo disclosed to the micro-blogging platform that she does not understand why the Western type of marriage must be adopted by Ghanaians, while the traditional African marriage system is left behind.

One might tell, deductively from her post, that Efia Odo is going to get married in no time, somehow the explanation why she’s talking about her marriage choice.

ALSO READ  "Akrobeto is the most consistent Kumawood actor of all time, not Lilwin nor Agya Koo" - Kwaku Manu’s former manager says