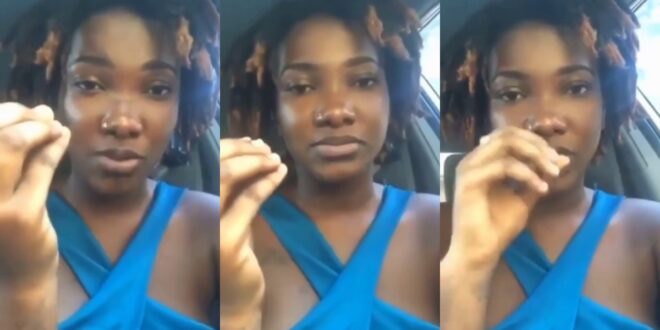 We have chanced on an old video of popular but late Afro-pop singer Ebony Reigns advising fans to be themselves.

the ‘Too Much’ hitmaker in the video as we sighted told her fans that whether you like her or someone else, don’t try to be like her but be yourself instead.

she went on to say that, never allow anyone to discourage you from whatever you are doing, just focus on being yourself.

NB: Ebony Reigns died instantly in a traffic collision on 8 February 2018 whilst returning from Sunyani to Accra after a visit to her mother.

ALSO READ  Adina makes history as she overtakes Ebony to become the most nominated female in VGMA history.
Share