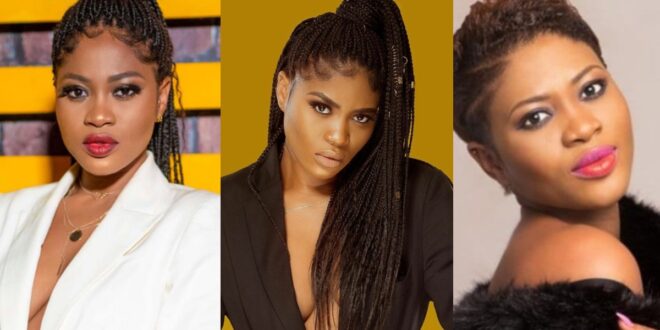 ‘Smoking is bad for health but it is legal in Ghana, leave LGBTQ alone’- Eazzy

Eazzy, a former Lynx Entertainment signed singer and musician, has spoken out in favor of the LGBT community, urging the government to grant them rights.

The “Odo” hitmaker, who formerly paid men to have s3x with her, is now a supporter of Ghana’s LGBT community.

Eazzy claimed in an interview with Kastle FM that people should be able to fall in love openly without fear of public criticism.

You know as for the rules and regulations it is there just like smoking isn’t good for your health,” she said. “…but it is allowed in Ghana for the government to come out with laws that you can’t smoke in public because it will affect other people.”

She went on to say that she is an open person and isn’t affiliated with anyone, but she doesn’t dislike someone regardless of their sexual orientation.

So I’m not so rigid when it comes to such issues because I’m a very free-spirited person and I don’t hate anyone based on their sexual choices, if that’s how you are, you can’t change it.”

“I think that human rights can also do something similar to make the people happy without affecting other people’s lives,”