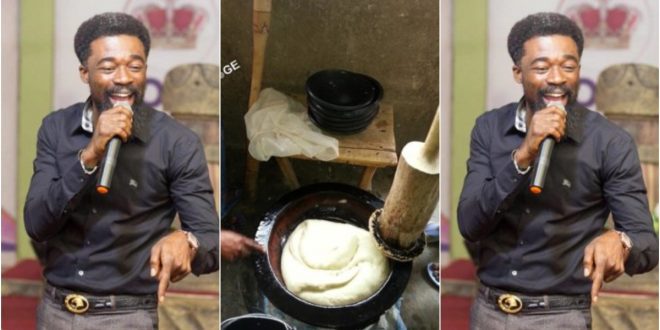 Earth Tremor: “There is a spiritual chop bar in hell located under Accra”- Eagle Prophet

Yesterday, some parts of Accra experince an Earth Tremor which scared many people.

With many social media users blasting and insulting pastors for not been able to predict the earth tremor, Eagle prophet according to reports sighted on Ghanapage, has come out to explain the cause of it.

According to him in the reports, The earth quake that happened was as a result of a newly opened spiritual chop bar located below Accra.

He said yesternight earth tremor was because they were pounding fufu.

The reports also claim the many of God said the almighty showed him this revelation.