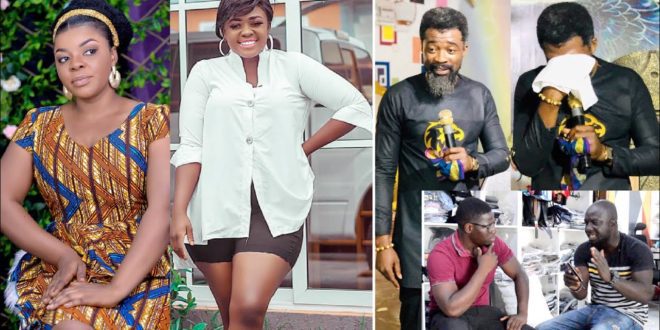 The estranged Freind of Tracey Boakye, Gloria Kani, and her alleged baby daddy, Eagle Prophet is currently in hot water as Ogyam has dropped a damning bombshell onto their camp.

According to the controversial outspoken Ogyam, Gloria who claims to be an evangelist after taking over social media with her feud with Tracey once had intimacy with Eagle Prophet at one of the weirdest places for such encounters.

ALSO READ Fella Makafui: Money Is The Only Bleaching Cream You Need

He said without mimicking that the man of God and his alleged baby mama Gloria Kani once had sexual intercourse at a drinking spot. On where he got this revelation, Ogyam who was being interviewed on Koo Tv said Gloria told Tracey Boakye who in turn told him.