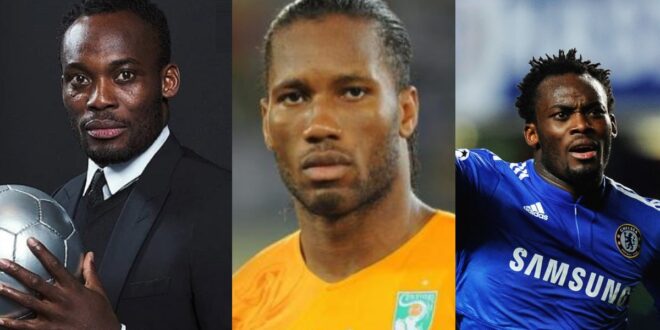 Ghanaians have been cyberbullying football hero Michael Essien after he publicly expressed his support for LGBTQI rights in Ghana.

Because of the abuse he was receiving in the comments section, the former Chelsea player was forced to remove his Instagram post defending the LGBTQ community. People went to his inbox to resume the bullying even though he deleted the message.

One Ghanaian Instagram user insulted him and demanded to know why he would help a cause that the majority of Ghanaians oppose.

While his teammates, such as Drogba, are constructing hospital in their home countries to help the sick, Essien’s only contribution to Ghana is to promote LGBTQI rights.

ALSO READ  "Be careful whom you feed or invite to your table, not everyone has good intentions- Medikal

For the sake of clarity, Didier Drogba, a former Ivorian international, allowed his private hospital to be used as a government coronavirus facility when the virus first hit the region.

The hospital in question, which is based in Abidjan, is named after Laurent Pokou, an Ivory Coast footballer who died in 2016.