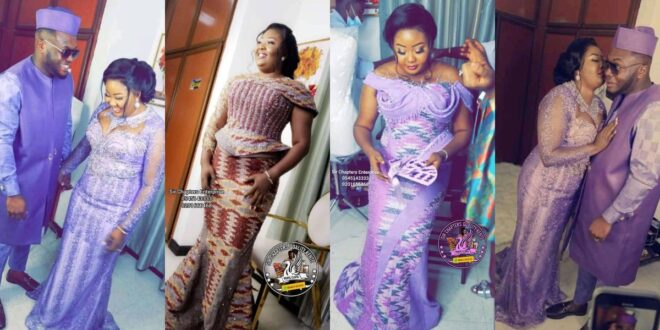 In the end, Francisca Oteng Mensah, the youngest Member of Parliament, MP for Kwabre East, who is also the daughter of millionaire Dr. Kwaku Oteng, has gotten married in a secret ceremony to a God-fearing man.

Mr. Adade Amponsah and Hon. Francisca Oteng Mensah On Sunday, February 14, 2021, which was also her birthday,  tied the knot.

We are being told, For more than two years, Francisca and Kwadwo Adade Amponsah were dating, and that the lawmaker lied when she told Lexis Bill that she was single and searching in a recent interview.

Remember, in an interview with Joy FM’s personality profile Lexis Bill, Francisca revealed that she was not dating and was waiting for the God-fearing guy.

after all, she is now Mrs., take a look at those photographs from her wedding ceremony.