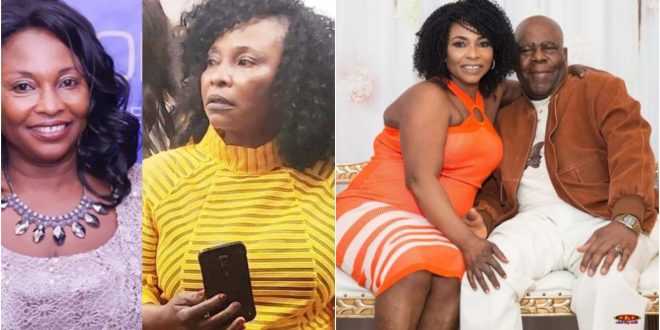 Kyeiwaa’s advice comes after recent sad accounts of husbands and boyfriends beating their wives and vice versa, with some also killing their partners.

Only three months into the year 2021, Ghana has already seen the tragic news of women dying in poor marriages.

Furthermore, as a result of poor marriages to the wrong partners, the divorce rate has been steadily increasing across the globe.

In light of this, Kyeiwaa, a celebrated Ghanaian actress who is happily married and lives in the United States with her husband, has shared some secrets to assist married couples.

ALSO READ  "Don't waste your credit to vote for me; use it to call your love ones i won't win a VGMA award"- Joey B tell fans.

Kyeiwaa believes that all sides in a marriage must learn to respect one another in order for it to thrive. To explain, Kyeiwaa used an example, asking women what they would do if their husbands gave them presents that they believe they (their men) should have done better with.

Kyeiwaa urged couples to resist greed because it leads them to be unappreciative of what they have in their marriages.

The veteran actress advised couples not to include their friends in their marital troubles and, if at all practicable, to limit their number of friends and make their partners their only best friends.

Kyeiwaa urged married couples to make decisions together rather than getting guidance from family members. She went on to suggest that, even if they follow peer guidance, they should actually take the positive advice and disregard the negative.

For more details, see the video below…