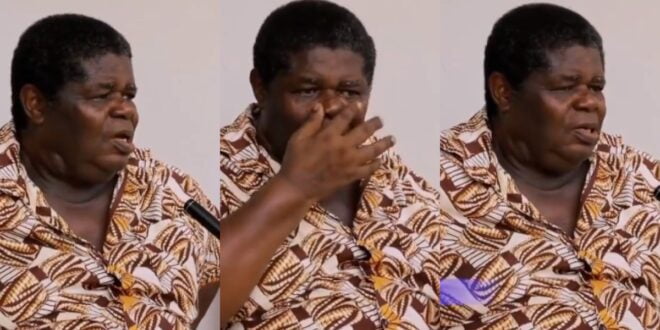 “Doctors say I don’t have long to live”- TT

Actor, Psalm Adjeteyfio has announced he has end-stage heart disease, which would eventually put a cap on his life.

TT as he is called has been restricted to his home since he is unable to walk like before.

Hoping to recover, he takes his medicine to control his heart attack.

“…I’ve been told (by doctors) that these diseases I’m suffering are incurable but managed. One doctor told me if it were in the US, I would be on the waiting list for a heart transplant because a part of my heart has refused to function. The other way out is by taking drugs. For the past three years now, I have taken over 5000 assorted tablets and capsules,” he told mzgee in an interview.

“…I was diagnosed with a heart failure and since then, I’ve been in my room most of the time. Sometimes two-three weeks, I don’t come out of my room. I’m always inside before the proper [imposed] lockdown came so I have been double-locked down.” he added