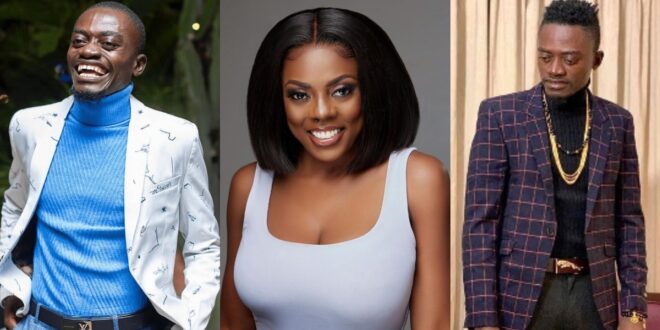 His presence was caught by GhOne TV’s General Manager in a short, funny video she posted earlier in the day on social media.

Before the boss of the Wezzy Empire arrived at Nana Aba’s cop, she began filming the video as she excitedly mentioned that she was awaiting an august guest — Lilwin.

He arrived at the office a few seconds later and started laughing (yh, one of those his hysteric laughs)

Nana Aba Anamoah, who seemed delighted to see Lilwin, asked if he knew she loved him so much — a question to which he had no response but w!cked English.

Lilwin is also the host of the Starr Chat show’s favorite actor in the world, according to the host.

Have a look at the funny video below.