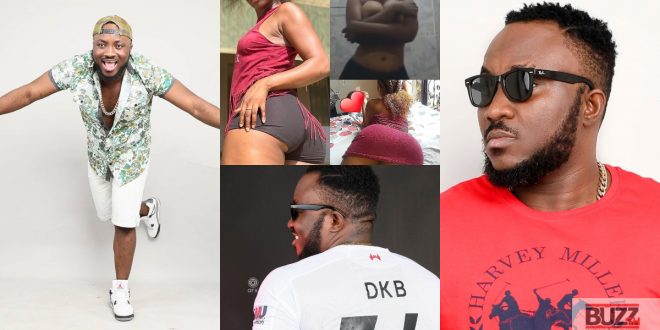 Popular Ghanaian comedian, Derrick Kobina Bonney (DKB) has taken to social media to expose one female celebrity over her affairs with ‘big’ men and also how she is bad-mouthing other Ghana celebs.

DKB, who took to a Facebook post in airing this out, revealed that this female whom he failed to name was sleeping with the boss of a foreign company which is capable of signing Ghanaian celebrities

He went on to add that due to the relationship the female celeb has with the CEO, she is able to block all deals going to other celebs as she has painted them all black – saying they are ‘broke and hungry’. According to DKB, this has led to the CEO addressing GH celebs as such.

On his failure to name the particular female, the comedian revealed if he does so, he would be tagged negative. “Meanwhile if I expose her now, DKB likes fighting women.”

“So I’ll keep quiet for her to continue destroying the image of Ghana to foreigners. That’s what we deserve to when we keep tolerating and pampering foolish people.” He finally added.