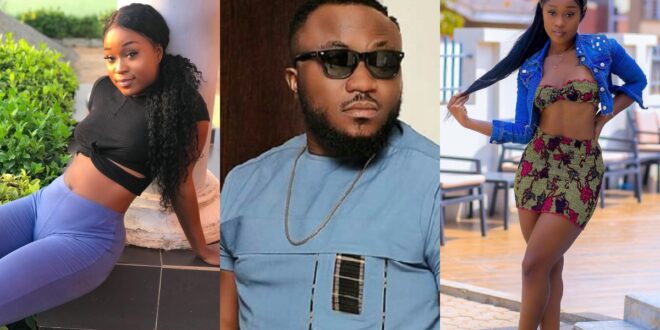 DKB begs Efia Odo not to remove her dross again

Recall, after the latter shared that a worker at McDonald’s in the US makes more money than most showbiz players in Ghana, Efia Odo and DKB went on each other’s neck sometime ago.

Her comment angered many celebrities in the media who thought her statement was totally inappropriate and did not think she was in the ability to deliver such statements.

By calling her a panty remover and nipple shower, DKB referred to Efia’s statement and assaulted her. 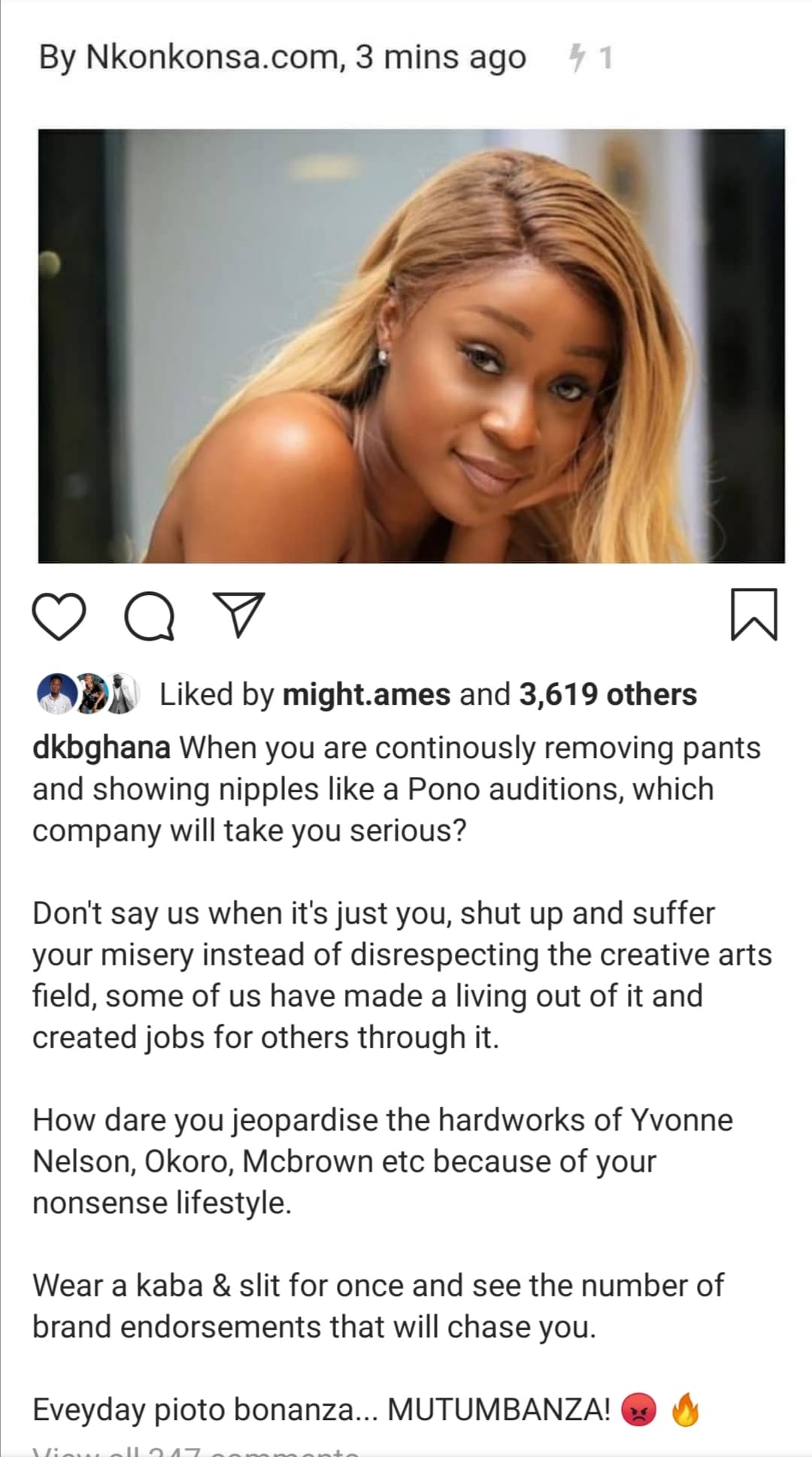 According to DKB, if she keeps removing her trousers and exhibiting her breasts like a pon0 audition, no business will hire Efia Odo.

Well, in a recent creation, the comedian shared his satisfaction with the actress for providing herself a new ambassadorial contract with Euro Decor.

The actress and social media personality subsequently acted on his advice to dress decently, according to the comedian.

DKB posted a video of Efia Odo on Instagram as she was about to be revealed as Euro Decor’s Brand Ambassador.

DKB begged Efia Odo under his post not to take us back to her panty remover and nipple shower days because she is now a brand ambassador.

“See? advice well taken. Remember I told you to DRESS UP and the corporate deals will flow for you to stop disrespecting Ghana showbiz. You insulted and humiliated me on radio and online terribly but I refused to counter cos I was raised better and I respect women. I’m happy for you, at least your hypocrisy saved you from becoming a KFC worker in America (you dimwittedly said it’s better than Ghana showbiz). We are all happy for you prodigal daughter but please don’t send us back to the PIOTO BONANZA days again.