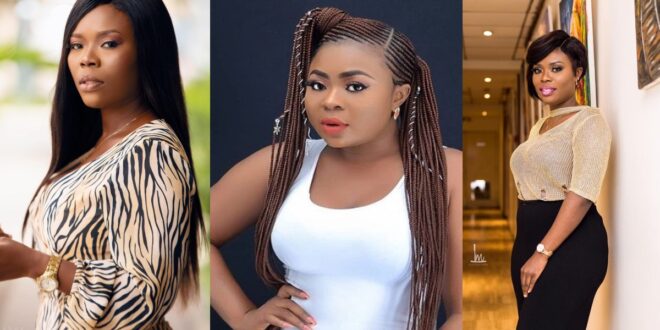 Adu Safowaa’s feud with Delay isn’t going anywhere anytime soon. Delay ignored her for a while after launching a scathing assault on her in an interview a few weeks ago, but she recently decided to react.

Delay, according to Safowaa, didn’t even have a studio to her name after too many years in the game. That, she added, was a shame.

Delay responded that she doesn’t need anyone’s approval and that her work has an effect regardless of where it’s done.

Adu Safowaa has also raised the stakes by firing another shot at Delay.

She says that more secrets about Delay are being revealed in her DMs by her followers.

ALSO READ  "No one prays to marry a poor person"- Joana Gyan reacts to reports that she stole Keche from his baby Mama with money.

She also said that one of her fans knew where Delay rents her cameras from, and that they still make fun of her for having nothing when she claims to be so “accomplished.”

Take a look at them…

A post shared by The Toughest girl in the game (@globaladusafowaah)

A post shared by The Toughest girl in the game (@globaladusafowaah)