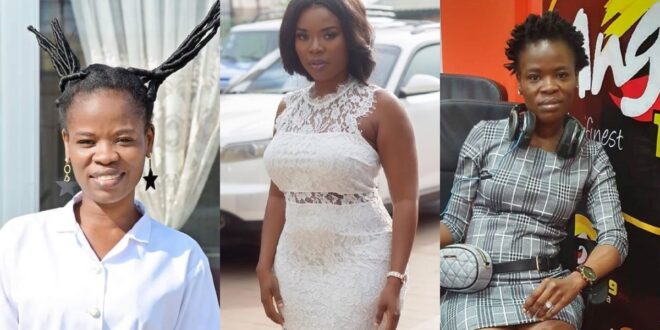 “Delay is not my friend, i was surprise when she called me on phone”- Ohemaa woyeje

Ohemaa Woyeje, the Ghanaian radio host, opened up on the friendship between Delay and her.

Ohemaa Woyeje, who plies her trade with Accra-based Angel FM, claimed during an interview with ZionFelix on the ‘Uncut’ Show that Delay is not her friend.

However, as somebody who is in the same industry, she sees Deloris Frimpong Manso aka Delay as a colleague

When Delay called her via telephone last year, Ohemaa Woyeje disclosed how shocked she was.

, The shocked presenter emphasized that after the call she had been thinking about her call all day long

She even refuted having any beef with the Delay.

Ohemaa Woyeje averred that whatever was put concerning them in the public domain was only mere speculation.

She did not remember Delay ever getting a problem because they are not enemies.

Ohemaa suggested that after her resignation from Adom FM,  she was appointed to host the mid-morning show at Top Radio and joined Oman FM several years ago.