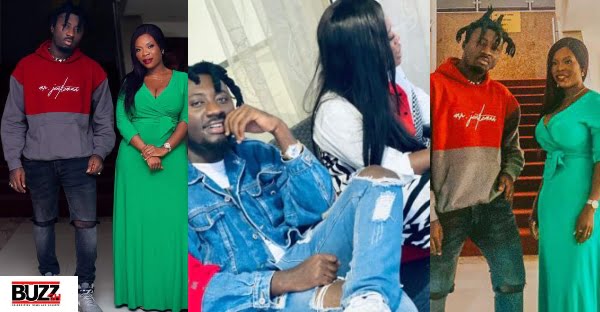 Award-winning rapper, has responded for the first time to the numerous rumors that he is having an amorous affair with prominent media personality, Delay.

The allegations that the two celebrities were allegedly warming each other’s b3ds have been all over the internet in the last few weeks since many social media users opted to put their own meanings into certain messages the two published on their different social media platforms.

In a recent interview with prominent YouTuber Poleeno of Poleeno Multimedia, Amerado stated that none of these outlandish theories are true.

Amerado stated clearly that he only regards Delay as his older sister from another mother since she has been extremely supportive of his profession since he began in the music industry.

Many consider their friendship to be intimate since Delay values his profession and there is a need to associate with such characters in this world, according to the “Abotre” hitmaker.

Watch the video interview below.