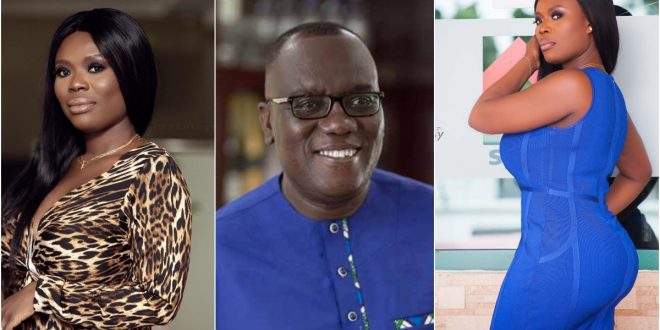 Delay In A Big Shock Over The Death Of Sir John: Reveals They Spoke Last Week – Screenshots

Popular showbiz pundit Deloris Frimpong Manson widely known as Delay is in a big shock after hearing the sudden death of her friend Sir John.

as we reported earlier, Sir John of the NPP that the former general secretary of the party has passed away.

from reports, Sir John died after testing positive to coronavirus as he was rushed to the ICU at the Kolebu Teaching Hospital in Accra where he passed out.

Delay after hearing the death of Sir John as disclosed that she spoked with him last week for over 12 minutes and that she can’t believe he is dead.

she quizzed; “What’s really happening? I can’t handle this” which really shows Delay is going through a lot.