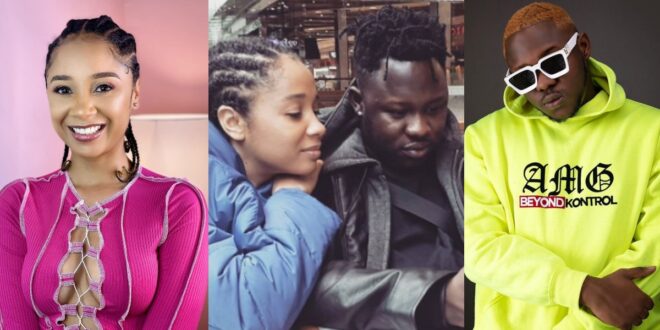 Sister Derby, whose real name is Deborah Owusu Bonsu, has now given a name to the relationship she once had with Medikal.
Medikal had an unforgettable romantic relationship with Sister Derby, the self-proclaimed African Mermaid, prior to becoming famous and well-known, before misunderstanding drove them apart.

More has happened since their breakup, with reports claiming that the AMG signee dumped her following an incident with Fella Makafui, whom he is now married to.

Sista Derby has revisited the subject during an Instagram live video tracked by buzzgh.com following all of the back and forth.

According to her, her relationship with the singer of “Omo Ada” was “bomboclat,” and she wanted to end it because she loves and enjoys herself and doesn’t require someone else to fulfill her.

Her statement has left her fans and Medikal’s puzzled as to what prompted her to describe her previous relationship in such a way.

“I left a bombshell relationship three years ago because I love and admire myself and don’t want a guy to complete me.”

Meanwhile, check out the video below to hear her talking.