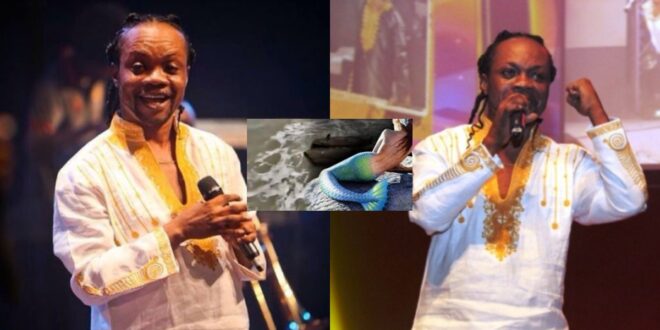 Gabriel Adu Baffour, a Ghanaian prophet, and seer has given a terrifying prophecy regarding legendary highlife musician Daddy Lumba.

Prophet Adu stated in an interview that, he saw Daddy Lumba with horns and a large water body surrounding him in the spiritual realms.

God told him to tell the musician to repent of his sinful deeds and stop winning souls for the devil, or else he would face death according to the self-acclaimed man of God.

God wants Daddy Lumba to praise and win souls for him through his music, Prophet Adu continued, but he has taken the wrong way.

‘Because he is married to a marine spirit’, the leader and founder of Favour Chapel International boldly stated that the veteran musician is winning souls for the devil.

The prophet went on to say that the award-winning musician has until next year to repent of his evil acts or God will end his life.